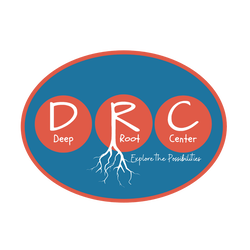 When I first met Christian as a seven year old, in August 2015, he told me that he did not like to read and that he did not want to draw, because he was a “bad artist”. I celebrated, months later, when he drew a picture for the first time. He still refuses to participate in any “classes” and usually says, “no” to every single suggestion presented to him. If anything smacks of being traditional or formal, he automatically refuses to get involved. Everything has to be his original idea to be considered valid.
​
Christian has an interesting relationship with math. He refuses to sit and work on a math sheet, yet, I am pretty sure he has figured out some pretty advanced conceptual stuff by exploring and playing with a calculator on his own. One day, he tried to interpret the problem he had drawn out and was working on, but I didn't understand.

His ingenuity, kindness, compassion, and independence are the hallmarks of Deep Root Center philosophy. He is learning to read and write, because his personal goal is to emulate R.L. Stein, his favorite author, by writing books and the scripts for his TV shows, as well as directing, and acting in them. His dad told me that he watches, actually studies, the GooseBumps show at home, rewinding it often to analyze how a particular scene was filmed.

Christian is a master showman (ringmaster) who ensures that DRC has our own, personal, on site, performance troupe. His sense of humor is subtle and sly, but wickedly funny, and, he moves from one character to the next with the ease and impeccable timing of a vaudeville veteran. To say Christian carries the show is a huge understatement, we all understand that he is the producer, director, as well as the star, who generously shares the spotlight with his friends.